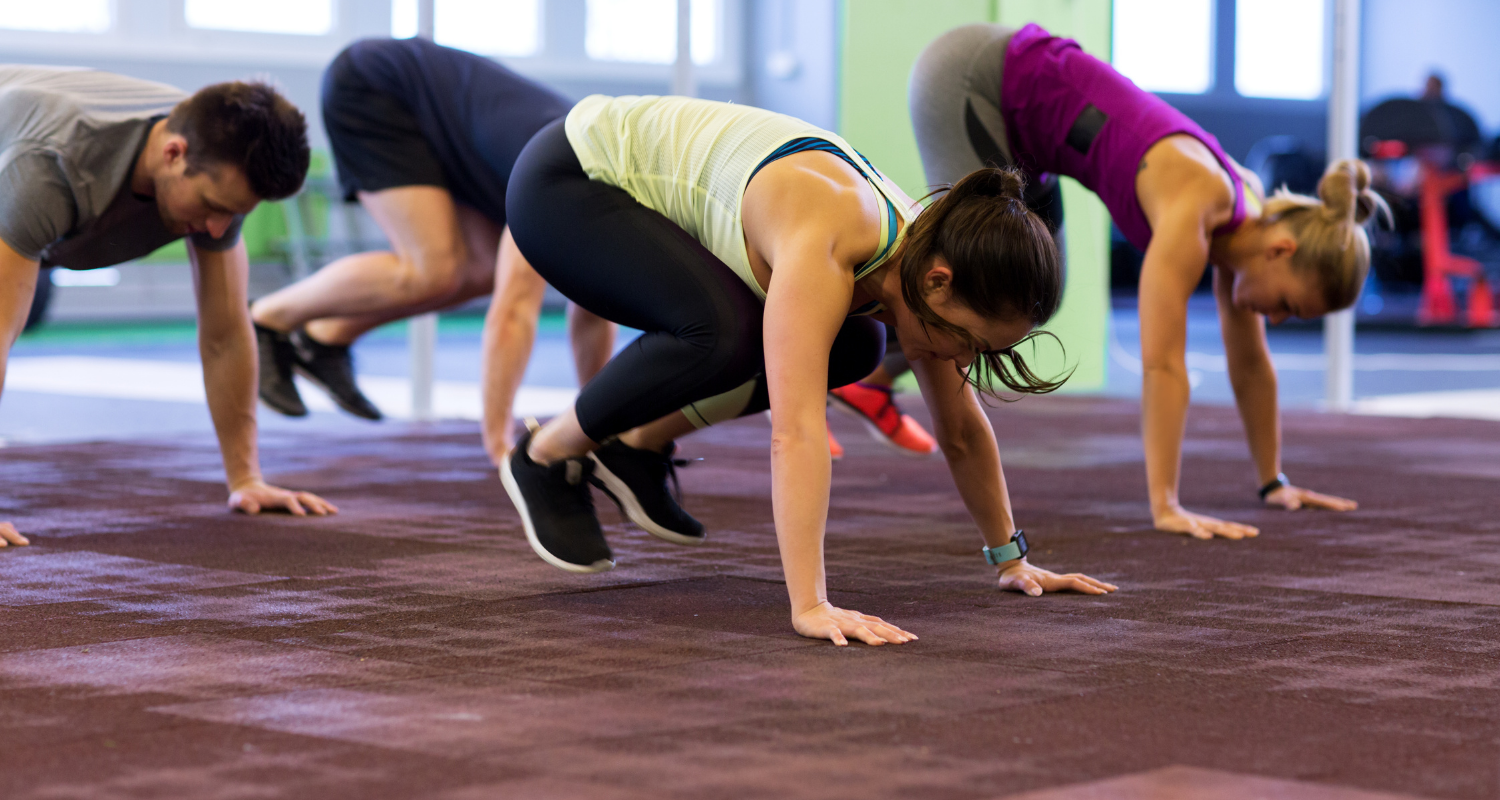 Posted by WorkoutHealthy on 5/4/2021 to General Fitness

The burpee is not just for the ultra fit. It can be slowed down and performed by just about anyone. As long as you doing the exercise your getting some type of benefit. Of course, the more you perform and the faster you do them the more benefits your going to see.

Here is a list of different types of burpees to really elevate and challenge your fitness level.

There also other extreme forms of the burpee such as:

Burpee Mile - Pefrorming a standing long jump after performing the burpee, for the distance on 1 mile.

, some love it, some hate it. Miles and miles logged on the treadmill. Hours spent on the elliptical. This can get pretty boring. Staring at the wall, mirror, gym floor or if your lucky a television. Or maybe you run out side, that’s a little better, at least you get a change of scenery. We've all done this type of cardio training for years. Yet, these traditional cardio training methods are mainly single plane movements, using repetitive motions. Repetitive movements are easy for your body to adapt to and they can also lead to chronic injuries.  How about trying a new cardio training method.  Multi planer, always changing, high intensity and different than anything you've ever done. Why not try Muay Thai kickboxing?

Muay Thai is a combat sports originating in Thailand.  It use’s stand up striking with the feet, hands, knees and elbows. Known as the science of 8 limbs. Thai  evolved from an ancient unarmed combat method which would have be used  by soldiers after losing their weapons in battle. In 1921 Thailand invoked actual rules and started having timed matches. Muay Thai is now Thailand’s national sport. It’s also the preferred method of stand up striking for amateur and professional MMA fighters.

So your bored with your cardio routine.  Your feet, knees and hips hurt from running. Your back is stiff from miles on the bike. Muay Thai kickboxing offers a high intensity, multi planer workout. Your constantly throwing punches, kicks, elbows and knees. There lots of transverse plane movements and your body is in constant motion.  No one part of your body is over worked by repetitive movements. Sounds like fun right? Don’t worry, you don’t have to actually fight someone to get the benefits of the workout. You can utilize a heavy bag or with the help of a instructor, use Thai pads or even shadow box your way to a great workout.

We all know that the your body will adapt to repetitive movements. Traditional cardio training is loaded with  repetitive movements that’s boring and can lead to injuries.  Running in one direction, biking in one direction or jumping rope in the same direction. That’s what makes Mauy Thai such a bump to your cardio workout. Your always moving in a different fashion. It’s  completely different than tradition cardio modalities, your using your entire body to perform the movements. The more muscles you use the more calories you’ll burn right?  So that makes Muay thai a calorie burning monster!

Muay Thai is different than other cardio training. Your body  wont adapt to it like traditional training. You’ll use your entire body to perform the movements. Your constantly throwing punches, kicks, elbows and knees.  You’ll burn a ton of calories because your using more muscles to perform the movements. Overall, Muay Thai is a great alternative to your normal cardio training. Try it out a  couple days a week. You might like it!