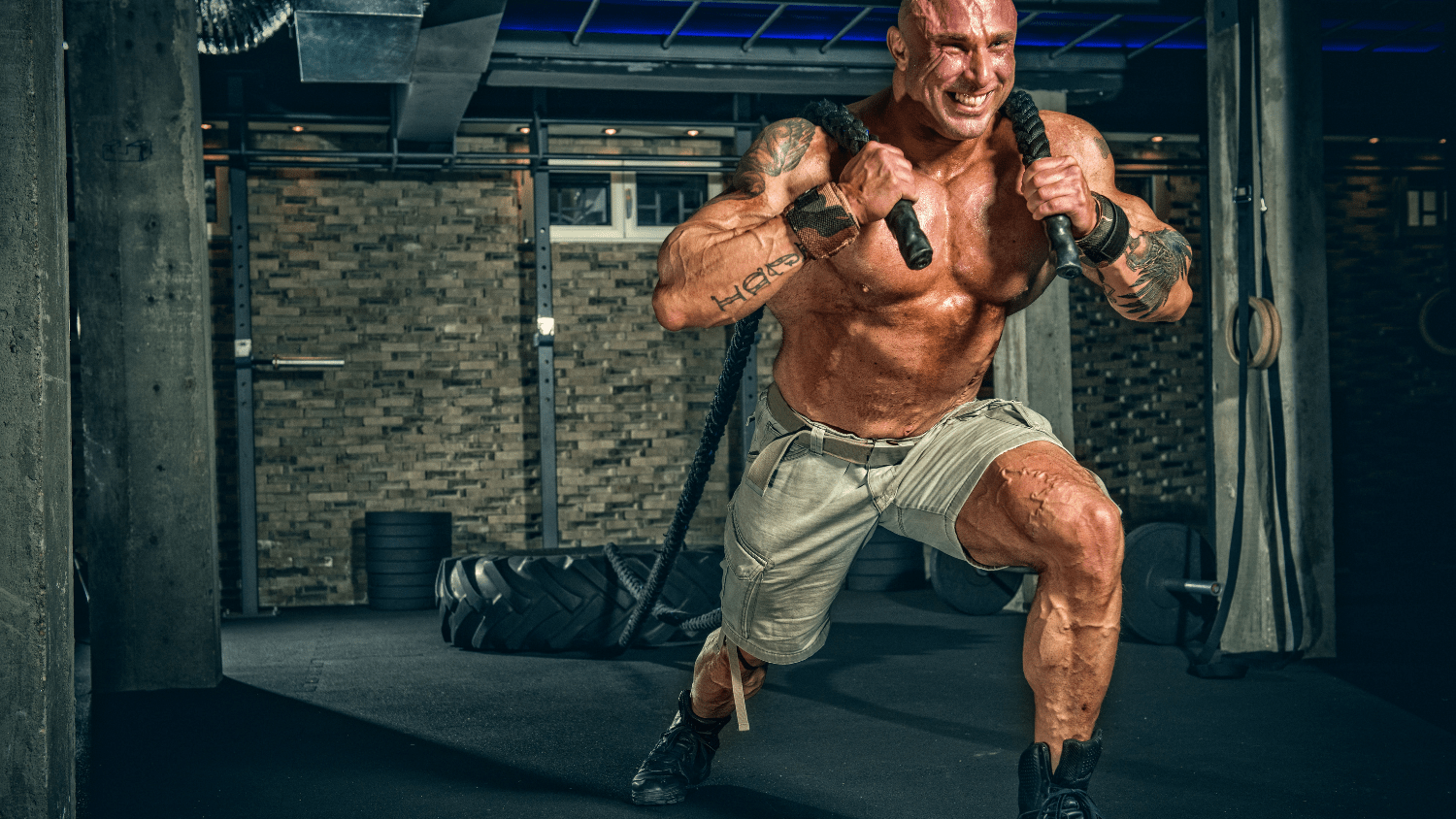 Posted by WorkoutHealthy on 4/20/2021 to General Fitness

A strongman (or strongwoman) competition is a colorful strength sport with significant differences from both powerlifting and weightlifting. Powerlifting contests combine the squat, bench press, and deadlift. Weightlifting contests, in contrast, combine the snatch and clean-and-jerk. A strongman contest, however, often combines derivatives of the squat, deadlift, clean-and-jerk, and a number of eclectic tests of strength and endurance. Strongman training routines necessarily differ both in and out of the gym from powerlifting and weightlifting. A competitive strongman routine (where you will train on the actual events and event implements) will also differ from a simulated strongman routine (where you mimic events and probably don’t expect to compete).

The Demands of Strongman

The event possibilities, not fixed as in powerlifting and weightlifting and often irrespective of weight classes, means strongmen must be prepared to demonstrate absolute strength (i.e., their best single effort) as well as endurance strength (i.e., repeating high-level efforts over and over).

Strongman contests don’t just test strength, they test overall physical fitness and athleticism. Strongmen must have cardiovascular and respiratory endurance positively atypical of but brute strength typical of a powerlifter; coordination, quickness and agility typical of but preparedness for static events atypical of a weightlifter; and an eagerness to confront new events and the ingenuity and mental toughness to see them completed efficiently.

When one must perform everything from squatting to keg tossing to harnessed pulls to tractor tire flips, how does one train, especially when the majority of U.S. fitness centers and health clubs are barely accommodating in equipment or in policy, if at all, to members powerlifting or weightlifting? You have to get creative to affect a strongman competition training routine!

Remember the Fundamental Movements and Improvise

Strongman shares much with powerlifting and weightlifting, so start with the fundamentals: squats, deadlifts, cleans, continentals, presses, pulls, and rows. If training within the constraints of a typical fitness club, it is possible to mimic some strongman events.

Zercher squats will mimic picking up stones and the pressure of carrying cumbersome objects situated on the chest. If available, use a fatter diameter bar as it will be more comfortable resting in the pit of your elbows.

Lifting and rowing plate stacks and large dumbbells will mimic the grip demands and pulling action of Atlas stones. If using large plates, start by placing the stack on top of a smaller plate on the floor to allow your fingers to get underneath.

High pulls using a barbell will mimic the leg-driven pull-to-launch of a keg toss. If you can take a medicine ball into an open, high-ceiling gymnasium or outdoors, you’ll be able to release the ball.

Alternating one-arm cable rows will mimic hand-over-hand rope pulls of sleds or vehicles. The twisting that comes from alternating in this exercise will also be highly beneficial to the development of the body’s core region.

The dumbbell lateral raise-and-hold will mimic the shoulder and grip demands of a crucifix hold. Hold until failure with each lift-and-hold counting as one set.

Strongman, powerlifting, and weightlifting have similar basic-training requirements though the routines differ in detail. Training with strength as your priority requires moving heavy weight for relatively few repetitions (reps). Generally, use enough weight to limit yourself to low reps, normally under 6 per set. The stimulus response will be an increase in absolute strength, the most important physical asset for a strongman.

However, it’s not unusual for strongmen to be given the task of “repping out” with a given weight; so, it is will be necessary on some days and/or for some sets on any given day to use moderate weight. An aspiring strongman might have to perform as many as 10 or 11 reps to secure victory in a close contest.

Alternatively, your strongman routine may go “heavy” one month followed by a “moderate” month then back again.

Unlike a powerlifter, whose main grip concern is the vise-like hold they need to keep a conventional diameter bar set in the palm during the deadlift, strongmen might be expected to sustain their hold on a variety of large and awkward devices and objects. Events such as an Atlas-stone lift will be no easy feat for weak fingers.

Strongman events demand much from the body’s core region. Train the core using stability balls, kettlebells, or other free weights.

Strongmen need to be able to go the proverbial, and many times literal, distance. Consequently, a strongman training routine should include aerobic exercise, such as running or stair climbing, to promote cardiovascular and respiratory endurance.

With all of this in mind, the following is a low volume, 2-day-split routine for someone interested in training like a strongman.

This routine is built around fundamental movements requiring the use of free weights. The routine is “split” to accommodate the number and variety of exercises involved. The routine may alternate from “heavy” to “moderate” from month to month.

The fundamental day focuses on building the following:

As well as adding valuable movements, the event day lends itself to a close approximating participation in a strongman contest.

Event days in the strongman training routine should reflect the events, if known, of the competition. 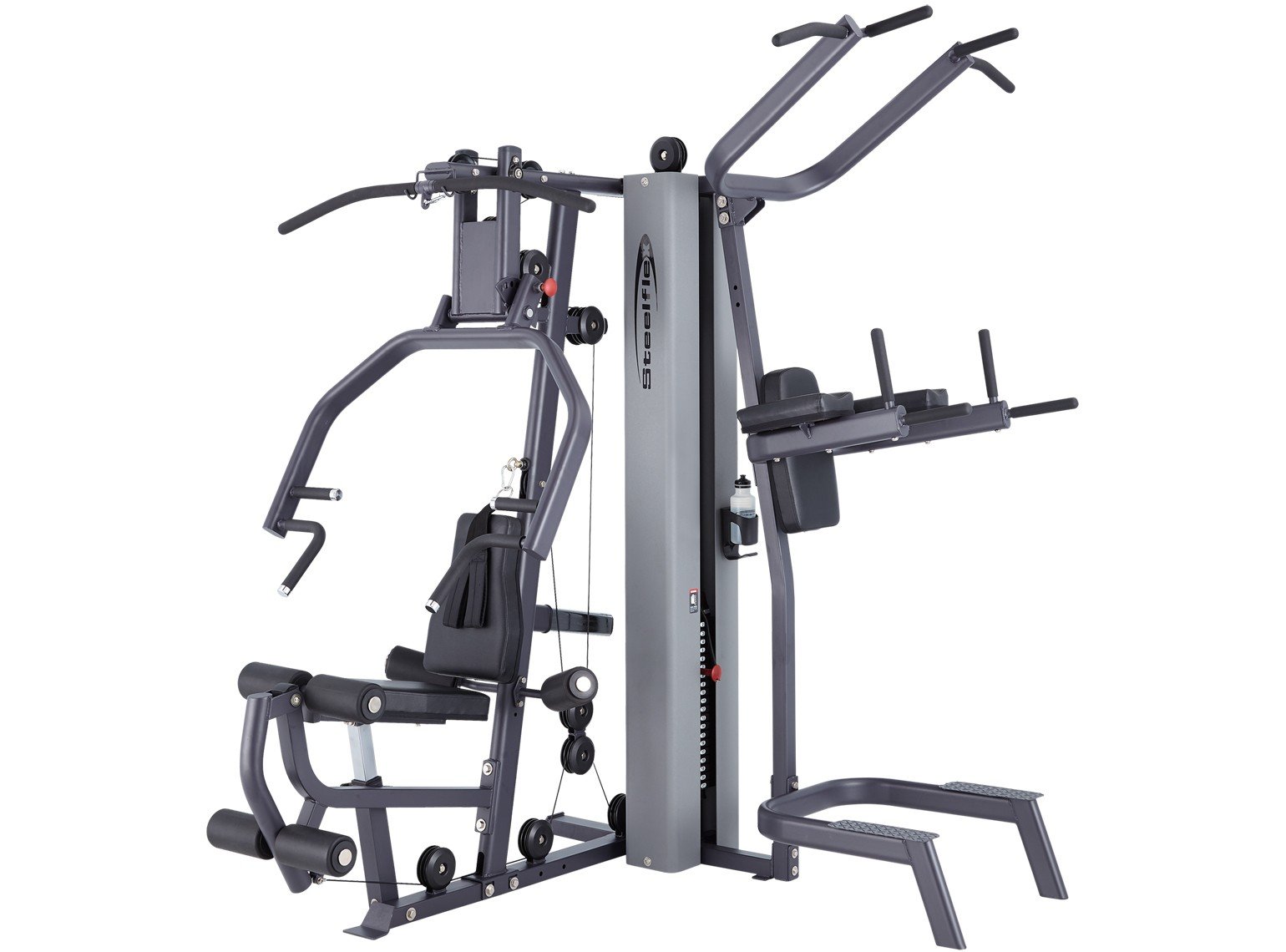