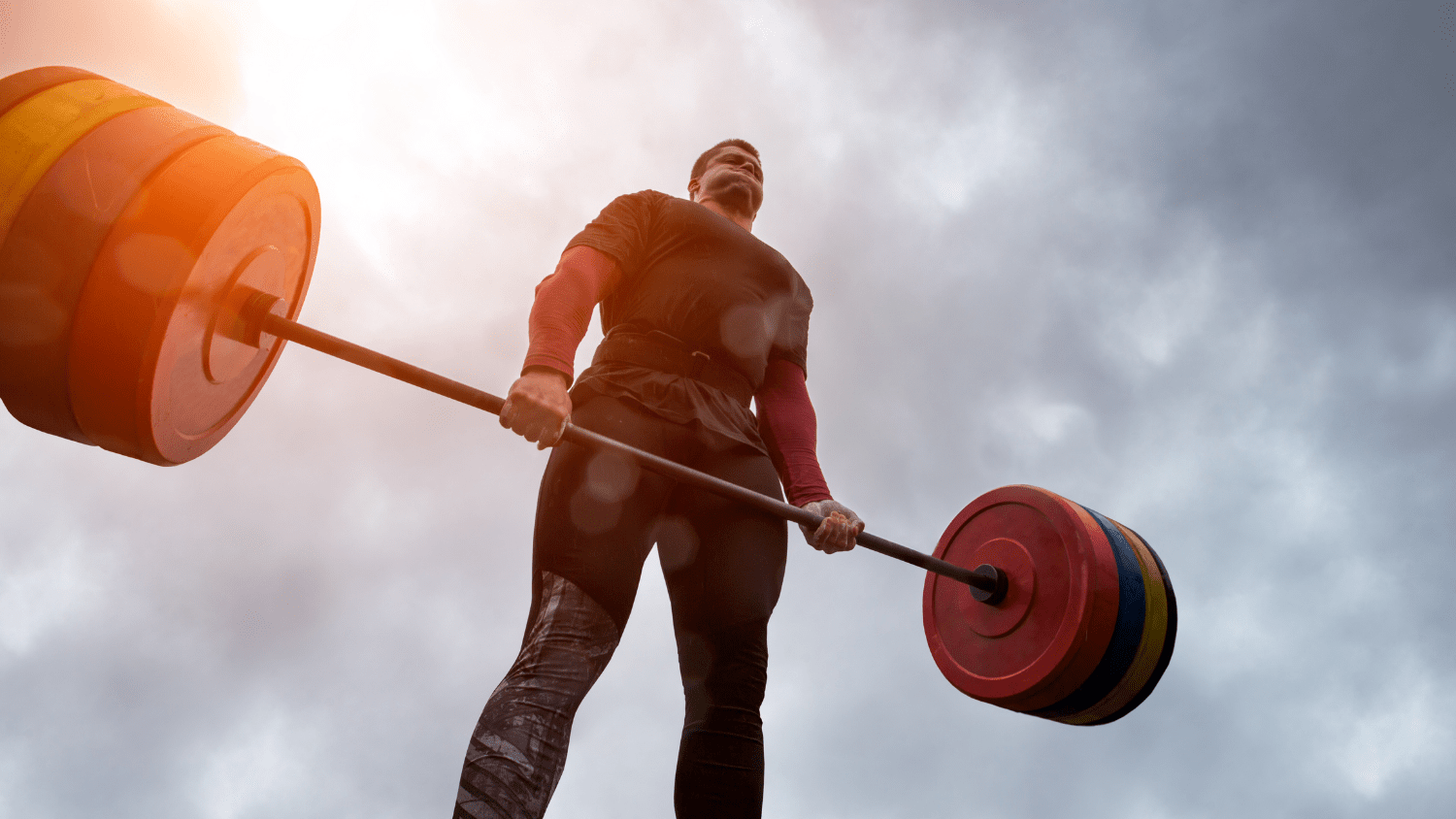 Posted by WorkoutHealthy on 4/13/2021 to General Fitness

Okay, you have it in mind to try a powerlifting routine; but, you don’t know quite where to start. All you know is you want to get real strong in order to move big weight. You might even have the urge to compete.

So, what is powerlifting anyway? Isn’t that the same thing as weightlifting? No, actually, they are distinct strength sports. Powerlifting contests combine the squat, bench press, and deadlift. Weightlifting contests, on the other hand, combine the snatch and clean-and-jerk. The biggest practical difference for Americans interested in trying out one or the other is that most U.S. fitness centers and health clubs aren’t equipped to accommodate members wanting to do a snatch or a clean-and-jerk. While many of these same clubs are not proper gyms and, as such, are less than ideal training grounds for a powerlifter, it is possible to do squats, bench presses, and deadlifts at many of them.

At the end of the day, powerlifting and weightlifting have similar training requirements though the routines may differ. Training with strength as your priority requires moving heavy weight for relatively few repetitions (reps). Powerlifters generally stay with low reps, normally 2 to 4 per set because the stimulus response is nominally an increase in absolute strength. We consider this to be “heavy.”

The 2 to 4 rep range is not something we pull out of a hat. The target of 2 to 4 reps corresponds to the muscle fibers this recruits; I’ll touch on that shortly.

To stay in this range, you must use enough weight to limit yourself. In other words, you have to use resistance (i.e., weight) that allows you to do at least 2 reps, but is too heavy for you to do more than 4 reps if you tried. You are resistance-limited to the range. For reference, the weight at which 4 reps are possible is, for most people, roughly 90 % of the weight they could do for 1 rep.

Just as important is to train to failure; you have to try to do as many reps as you can to make sure you are actually working the muscle as it is hoped to be worked. It defeats the purpose of the rep range if, for example, you perform 4 reps with a weight that you can actually do 7 reps with except that you decided to quit when you hit 4! Too many people will not train to near or actual failure. This is very important because when the weight is too easy, you shoot past the target rep range that best promotes an absolute strength increase.

Powerlifting improvement is all about increases in one’s absolute strength, that is, the maximum musculoskeletal force that you can apply to a given movement – like a squat – in a single effort. Absolute strength is demonstrated by a one-repetition maximum (one-rep max). A one-rep max is the heaviest weight you can lift unassisted for the given movement while maintaining proper form and technique. Powerlifters also occasionally do some training sets of near maximums or one-rep maximums; we usually refer to performing these sets as “doing singles.” A one-rep max discounts a spotter’s help, cheating, and/or partial range of motion – a half squat wouldn’t count.

While most personal trainers will emphasize that you need to keep the light-to-moderate weights under control and perform each repetition slowly, someone intent on becoming significantly stronger and more powerful should actually take a different approach. While maintaining control, powerlifters make a conscious effort to perform repetitions with heavy weight more quickly so that we can both recruit more fast-twitch muscle fiber and recruit all the motor units (a single nerve and the muscle fibers directly connected to it) in a muscle to contract at the same time.

Here’s an easy way to think of this: picking up a sheet of paper requires fewer motor units than picking up a gallon of milk. Your body will try to recruit the number of motor units necessary to get the job done. However, your body and mind aren’t used to recruiting all motor units in big jobs, so your body and mind must be trained on how to do it when you want it to. Lifting heavy weights therefore requires not just strong muscles but a quick firing and responsive nervous system. This is what is meant when you hear the term “mind-muscle connection.” Your brain sends an impulse to all the appropriate motor nerves, “okay everybody, now!” Like people, they are much more forceful when they work together although they need to be trained to work as a team.

Heavy lifting ideally recruits a large number of muscle fiber at once to accomplish the task of moving a weight that demands our greatest effort. This places tremendous strain on the fibers and causes them to pack tightly together. The tightness of this packing is known as muscular density; the reason many strength athletes can be described as “rock solid” because they in fact have denser, harder muscle. A powerlifting routine specifically develops, and relies on the development of, fast-twitch (sometimes referred to as fast-glycolytic or Type II b) muscle fibers. Fast-twitch fibers produce comparatively high force because they contract quicker than other fibers types and they grow well when properly stimulated by heavy weight.

With all of this in mind, the following is a low volume, 3-day-split routine for someone new to powerlifting; but, not someone new to weight training altogether. If you’ve never trained with weights or you’re new to fitness pursuits, you should try something else.

This routine, of course, is built around the three lifts that powerlifters contest (i.e., squats, bench presses, and deadlifts) with other basic movements in support. It requires the use of free weights. The routine is “split” so the routine is done when all three days are done. As such, the entire routine (three days) should repeat after at least one day of rest. You should stick to this routine for no less than 2 months before getting creative. While “mixing things up” is okay after awhile, it will be difficult to get accustomed to the routine and gauge progress in a timeframe less than that which is suggested.

A simple progressive system involves changing one exercise variable – like reps – from one training day to the next. For example, try to do two sets of 5 reps of pull-ups on your first deadlift day. If you only can do 3 reps, try to hit 5 reps on the next deadlift day. Eventually, when you can do 5 reps, you’ll want to go for 6 after that. When you achieve 6, try to do more in the future. Maybe you’ll get 5 reps on the first set and only 3 on the second set.

A pyramid system involves increasing the resistance of a particular exercise while repetitions are decreased from one set to the next. Strictly speaking, you can also “pyramid down” by decreasing resistance while upping your reps.

A percentage system is a variation of the pyramid system. You will perform the exercise with resistance for a given set of repetitions being a high percentage of your one-rep max. It will be enough for you to simply focus on choosing resistance that limits you to the range of 2 to 4 reps.

If you should start to customize your routine and, hopefully, over time explore new directions in your powerlifting pursuits, remember the reasons you’re training with heavy weight isn’t for show.