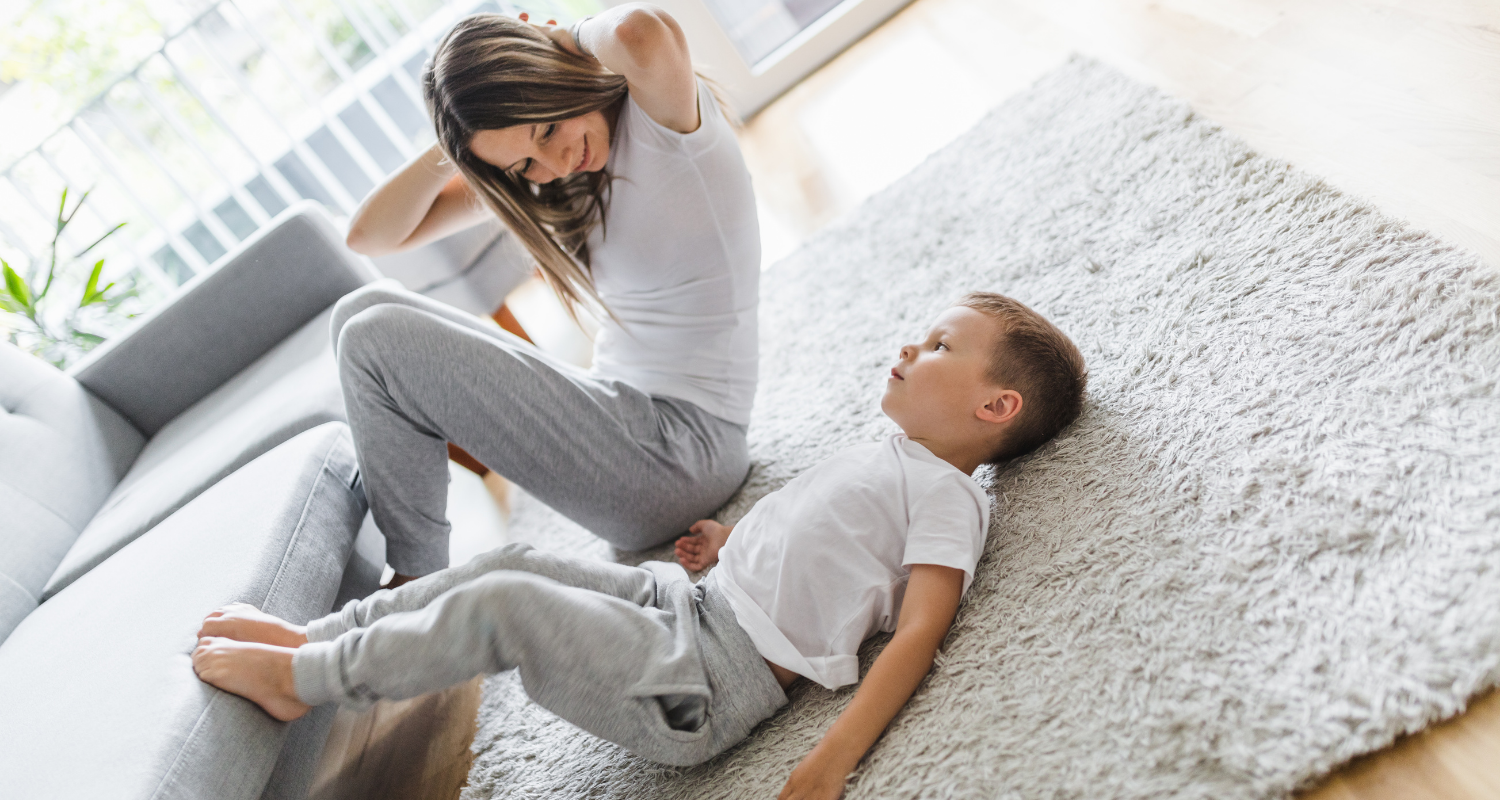 Posted by WorkoutHealthy on 6/7/2021 to Motivation

Kang is in the news again because Facebook banned her account after an overly sensitive visitor allegedly complained about another “fat shaming” comment by the toned, lean mother of three young boys.

Do you remember the days when everywhere you turned, someone was preaching the dangers of secondhand smoke? Seems that nobody, not even irate chain smokers, labeled them as haters or bullies.

The scads of comments to a NYDailyNews.com (Nov. 27) article about Maria Kang are deplorable; most vilify her, accusing her of lacking self-esteem, of hating on overweight women, of being a bully, and (shockingly), of being too skinny or not natural looking.

Kang believes it’s not natural for a woman, including a mother, to be fat. The human body was meant to vigorously move and feed upon natural foods. It’s not natural to spend most of your day in a chair and living on processed foods!

In an attempt to relieve themselves of the guilt of letting their bodies get overweight and out of shape, people have convinced themselves that Kang is unnaturally thin, egocentric and a bully.

So what’s Kang’s crime? First, take a look at her. I’m betting she could deadlift twice the weight that any of the very overweight lingerie models, whom she’s recently criticized for appearing in an online Daily Mail ad, can lift.

I’m also betting that her cholesterol profile, fasting glucose and blood pressure values are in the ideal range. Would you bet that on any of the “fat” models she says should not be promoting obesity?

Kang is fed up with the fat acceptance movement raging these days on the World Wide Web. That’s her crime.

The Web is also full of anti-smoking ads—some quite graphic, but nobody’s griping about the instigators of those. Nobody’s labeling the ad agency, who hired a throat cancer patient with a hole in her neck for an ad, a big bully.

The backlash against Kang comes from the real cyber bullies. Is it likely that more than just 5 percent of them are fit, strong and lean? Do NOT confuse lean with anorexia nervosa. Geez, one commenter even accused Kang of being bulimic.

What if Kang had originally stated, “Chasing after a 3 year old, 2 year old and eight month old keeps me trim and tight”? There’d be no backlash. But say, “I work out hard,” and, “I watch what I eat,” suddenly you’re a bully and hater of fat people!

The backlash all began when Kang posted a photo of herself in workout gear, posing with her sons, a caption above saying, “What’s your excuse”? This isn’t hating. She’s telling it like it is: What IS your excuse?

"I'm just saying the truth,” says Kang. She adds: "The popular and unrelenting support received to those who are borderline obese (not just 30-40 lbs. overweight) frustrates me as a fitness advocate who intimately understands how poor health negatively affects a family, a community and a nation."

All Kang is saying is that obesity should not be normalized...

…Just like smoking, drunken driving and unwed teen pregnancies shouldn’t be. Obesity kills and maims more people than smoking and drinking, and is far costlier than teen pregnancy.

Though medications and health conditions can cause weight gain, this isn’t in the same boat as obesity caused by lack of exercise and overindulgence in junk food—two highly prevalent features of the American lifestyle.

"I feel like that's bullying other people," states Jayana Hinkle in the News10ABC online article. "She can celebrate her success story, but when other people are trying to accept themselves, she just totally shoots that down.”

Kang refuses to accept obesity as the norm. So do doctors. She shouldn’t be bashed just because her approach is a bit more creative than the typical medical office pamphlets on heart disease and type II diabetes.