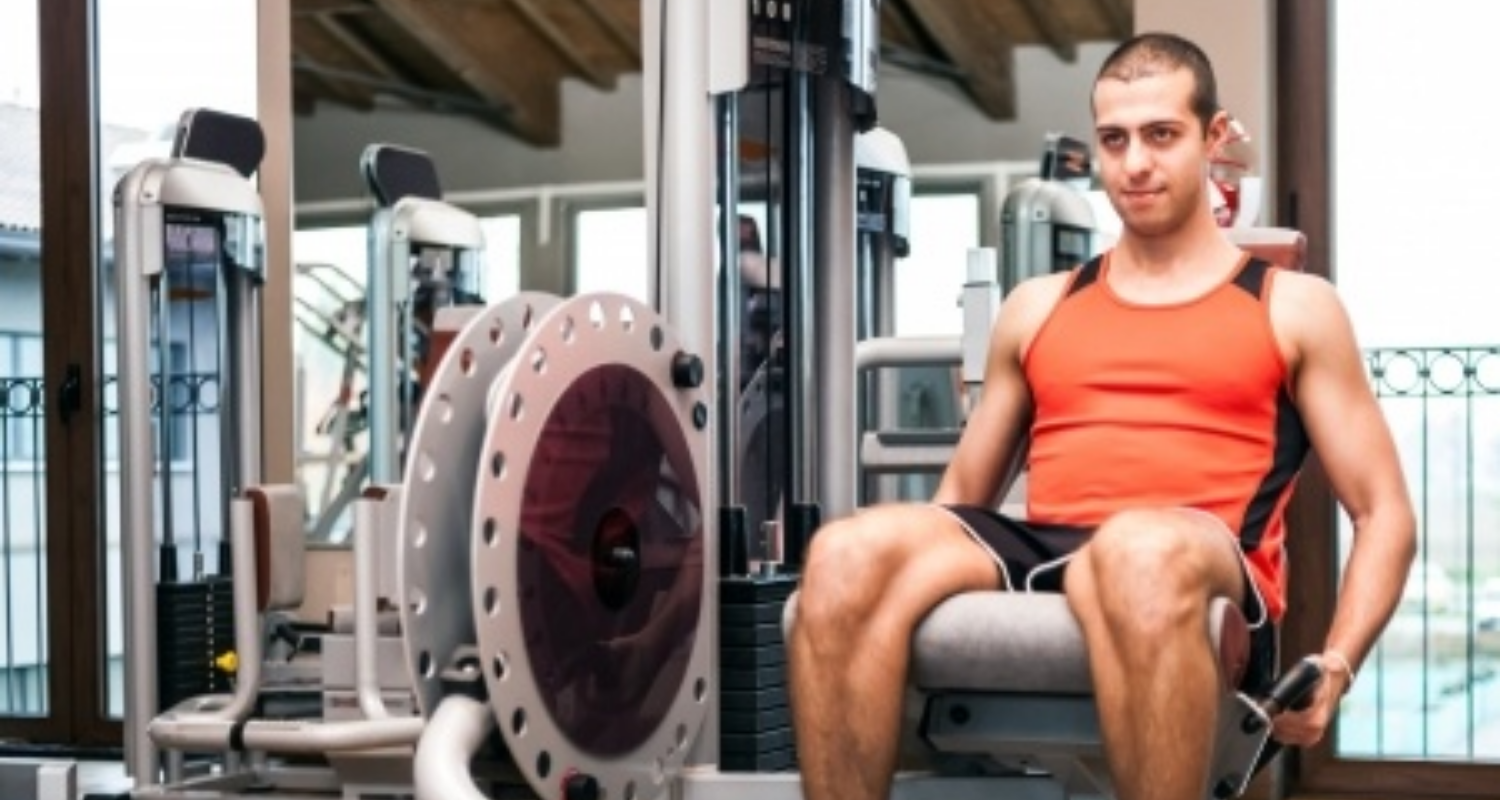 Posted by WorkoutHealthy on 6/10/2021 to General Fitness

Here are instructions on how to perform the leg extension.

One of the most easiest exercises is the leg extension, which is also known as the knee extension or “leg lift machine.” It’s an isolation exercise that targets the quadriceps and strengthens the knee joint.

You simply sit on a chair that has a back support and place the front of your ankles under a padded bar that you lift by extending your lower legs out in front.

The seat will be adjustable, and so will the height of the padded bar. Thus, people of all heights can use this equipment.

Safe and Correct Use of the Leg Extension Machine

The pad should be against the front of your ankles, but high enough up so that you can keep your ankles flexed in a 90 degree position (a 90 degree angle between your shin and the top of your foot), but not high enough such that there’s more than a few inches between this point of flexion and the pad.

Otherwise, the pressure of the pad, as you lift it by extending your legs, will be uncomfortable against your shins.

If the pad is too low, such that a portion of it is against the top of your foot, this too will be uncomfortable and will strain the knees.

Your knees should not be too far over from the edge of the seat. There is some leeway with this. Some people like to have their knees barely over the edge, while others prefer a few inches over. Just make sure they’re not “sticking out.”

Some machines can have a third adjustment point: how far back the knees can flex (bend towards the seat). Machines like this can allow you to begin the exercise from a position in which your knees are bent back forming much less than a 90 degree angle between your hamstrings and calves.

Other units don’t go back this far, and the starting position is closer to 90 degrees. The further you start back, the greater the range of motion.

Lift the padded bar by simply straightening (knee extension) your legs, maintaining that 90 degree angle between your shins and top of the feet. When your legs are straightened out, your toes should be pointing to the ceiling.

Do not try to hyperextend your legs, even if you can easily do this. The line that your straightened legs make should not exceed 180 degrees.

Lower the bar with control, though people who work with very heavy weights will find this challenging to do.

However, for full benefits of the leg extension movement, include some sets in which you’re lowering the bar with control. It’s okay for some sets to focus only on the lifting portion (the “positive” phase) when you’re using very heavy weights, but just make sure you get in some sets in which the release or lowering (the “negative”) takes one to two seconds.

Where should the hands be?

These machines have handles on either side of the seat. The heavier the resistance, the more you’ll want to grip the handles, and at heavy loads, this is necessary. At light loads, try not to use the handles.

This exercise is notorious for creating a fierce burn in the quadriceps, and what forces most people to end the set is this burn, rather than a weakening of the thigh muscles as the set progresses.

For best results, do some sets with your legs angled outward, which will cause your feet to be angled outward (but still make sure that you keep that 90 degree ankle bend).

Is it possible to cheat with the leg extension?

If all you do are super heavy loads that prevent you from getting your legs up more than halfway, you’re doing yourself a disservice. They don’t have to be exactly 180 degrees, but close to it should be the goal for several sets.

If you want to toss in some very heavy sets that make it impossible to flex your knees past, say, 150 degrees, that’s fine, but if you can’t get past 135 degrees, the weight is too heavy.

The best rest times in between leg extension sets are 60 to 90 seconds. Do four to six sets, twice a week, and it’s best to do these after, rather than before, compound moves like the squat and leg press.