Using Kettlebells for an Abdominal Workout 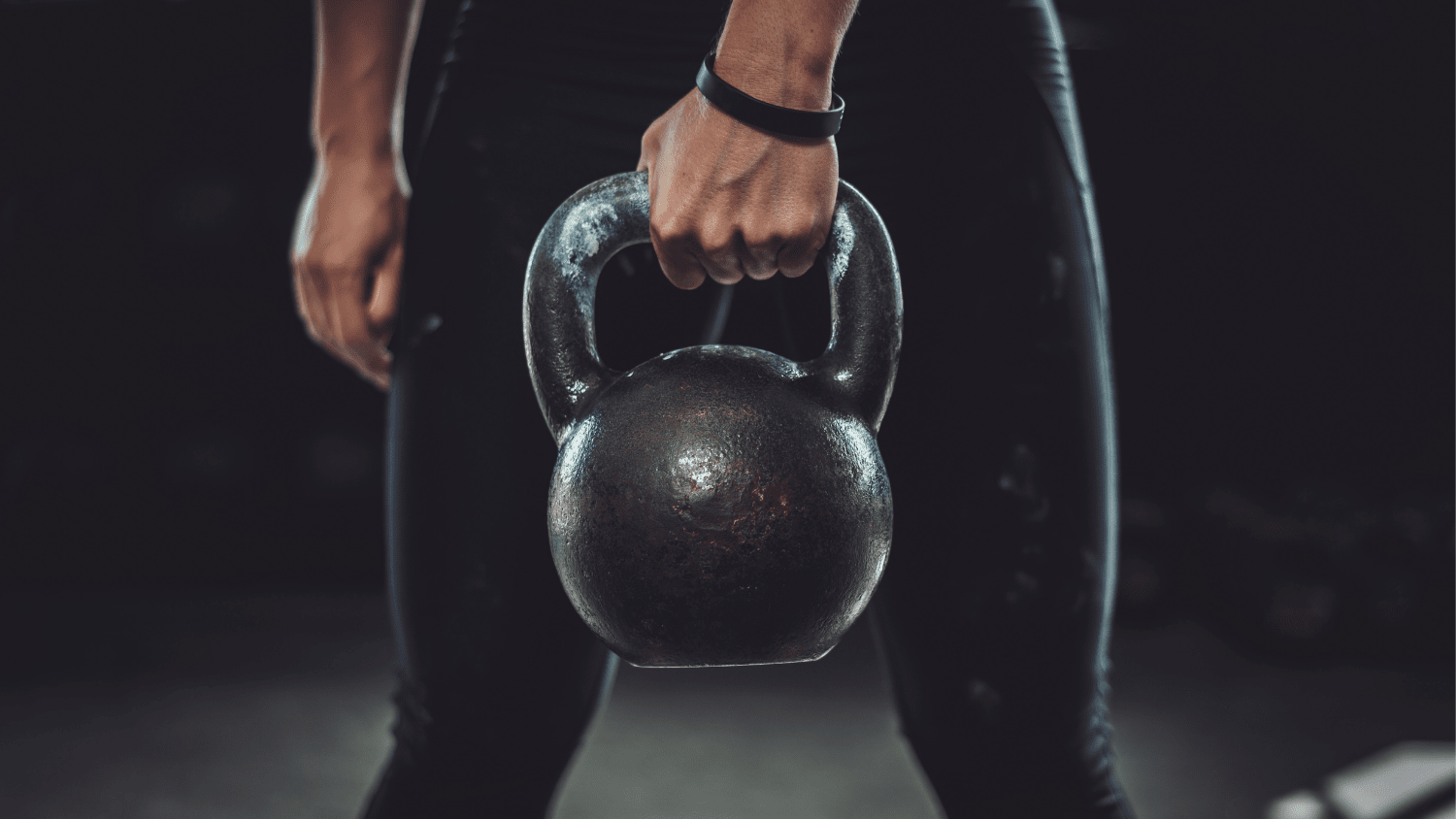 Posted by WorkoutHealthy on 4/13/2021 to General Fitness

The odd, handled ball weights known as kettlebells can give the abdominals a fantastic workout. There are some great kettlebell exercises that can be put into a routine for targeting several muscles of the body’s core, including the rectus abdominus, obliques, and transverse abdominus found about the stomach and waist.

The kettlebell’s unbalanced design results in a shifty source of resistance and this pays major dividends. Countering the instability of the bell also develops core musculature and core strength. Of course, core musculature refers to a unified and robust musculature over the entire body. It considers balanced development of large muscles – like the pectoralis – as well as deeper, smaller, supporting muscles – like those of the rotator cuff. Core strength is baseline, basic, or essential strength throughout the body. It suggests coordination, stability, control, and power.

Kettlebell crunch pushes are really a partial Turkish get up; the partiality keeps the focus on the abdominals, obliques, and serratus. Start from a fetal position with a kettlebell at your inner side. Roll the bell from the floor up, over, and on to your chest. From here, thrust your arm up with bell in hand, allowing your free arm and hand to stabilize against the floor on the opposite side. The foot that is on the same side of the body as the hand which is holding the bell should be planted on the floor (i.e., bent at the knee with heel and toes touching the floor), with the opposite leg extended (i.e., straight with only the back of the heel touching the floor) for support. At this point, allow your head in conjunction with the shoulder of the bell-holding side to break floor contact as you drive the bell further upward by contracting your stomach muscles; looking something like an attempt to crunch or sit-up half of your body while holding the bell steadily overhead. Your buttocks and opposite elbow should maintain floor contact. When you’ve pushed the bell as high as you can without actually starting to stand up, gently bring the bell back down to the starting position.

Kettlebell pullovers will work the upper abdominals and serratus anterior in addition to the lower (sternal head) pectorals (pectoralis major) and the latissimus dorsi. Lie on a flat or declined bench with a kettlebell ready, in place at the head of the bench, within arms’ length. While lying on your back, reach your hands back past your head to retrieve the bell. Keeping the arms straight, grab the handle and raise the bell off the floor in an arc, past your head into position directly above your upper chest. Pause just for a moment and then lower the weight back toward the floor, gently touching before raising the bell again for the next repetition.

Hanging kettlebell knee raises add the resistance of kettlebells to hanging knee raises for an even greater challenge to the lower third of the rectus abdominus, obliques, and iliopsoas (i.e., the inner muscles of the hip at the bottom of the stomach). For this, hop up to hang from a pull-up bar by your hands with an overhand grip. Slip your toes in through the handles of two kettlebells and settle each handle on the top of each foot. Aiming your toes up so as to not have the bells slide off, bring your knees up toward your stomach. When your knees reach a height above your hips, pause momentarily, slowly lowering them back down until the bells touch the floor.

Kettlebell jack knives are a simple yet very challenging variation on jack knives to train the entire abdominal wall: upper, mid, and lower. Get down on the floor and lie on your back with a pair of kettlebells placed within arms’ reach of the top of your head. Extend your arms reaching straight back over your head and extend your legs, keeping both arms and legs parallel. Grabbing the bells in hand, simultaneously lift the bells and your feet off the floor to steadily bring them upward, balancing on your buttocks as the only point of contact with the floor. The bells as well as your feet trace arcs in the air as your legs and torso begin to form a “V” shape. Eventually the bells will move overhead such that they will approach and be able to meet your toes. When your hands meet your feet, slowly lower the bells and your feet back down to the floor.

Seated kettlebell trunk twists place emphasis on the transversus abdominis, also known as the transversalis or transverse abdominal. This deeply situated, band-like muscle of the anterior (front) and lateral (side) abdominal wall is located a layer below the internal oblique muscle. It stabilizes the spine and pelvis via hoop tension around the core – like a girdle. Start seated on the floor. Hold a single kettlebell with both hands, lean back, and draw your knees upward as you allow your feet to break contact with the floor. Twist your upper body from side to side. The kettlebell should travel back-and-forth from your left to your right and back again, sort of as if you were standing in line passing along sand bags or buckets from person to person.

Kettlebell windmills are a serious developer of the obliques, right next door to your abdominals. This exercise assumes you know how to “clean” a kettlebell from the floor to overhead. If not, you can squat down, pick up the bell to cradle as you stand back up, and then press it overhead – more of a “continental” approach, so to speak. Once the bell is held overhead by one arm, shift the opposite-side foot slightly forward, and allow your hips to break. In other words, allow your torso to move downward as your hips move backward and as the bell hand shifts from being over your heels to past your toes. Your upper body will approach the floor until you can touch it with your opposite hand. When you touch, return to the starting position. Lower yourself until you can touch the floor in the opposite direction.

Kettlebell side bends are an option for targeting the obliques and serratus muscles. Simply stand with a kettlebell hanging on the sides of your body in each hand. Bend laterally as far as comfortably possible to one side, pausing briefly, then returning to an upright position and repeating to motion to the other side.

Complete development of the muscles in and about the stomach will be best served by performing more than one of the aforementioned options. A routine might include jack knives and side bends or pullovers and windmills performed at least twice a week. People usually train the core via high repetitions and without added resistance as the muscles of the abdomen, or core, tend to be difficult to engage and of a higher density than some other areas of the body. Employing kettlebells should make perceived engagement more direct.

You can probably imagine even more kettlebell exercise variations and combinations that will workout the abdominals as you choose to target them. Shake up your “six pack” routine by mixing in these wonderfully demanding kettlebell-equipped exercises.